This beautiful 9ct Gold Watch was presented to Mr S. Ware-Lane for his 25 years of service to the Marmite company during the Golden Anniversary of Marmite (50 Years) in 1952 and still works beautifully.  At the time of purchase, it was one of my most expensive and coveted item within the collection. 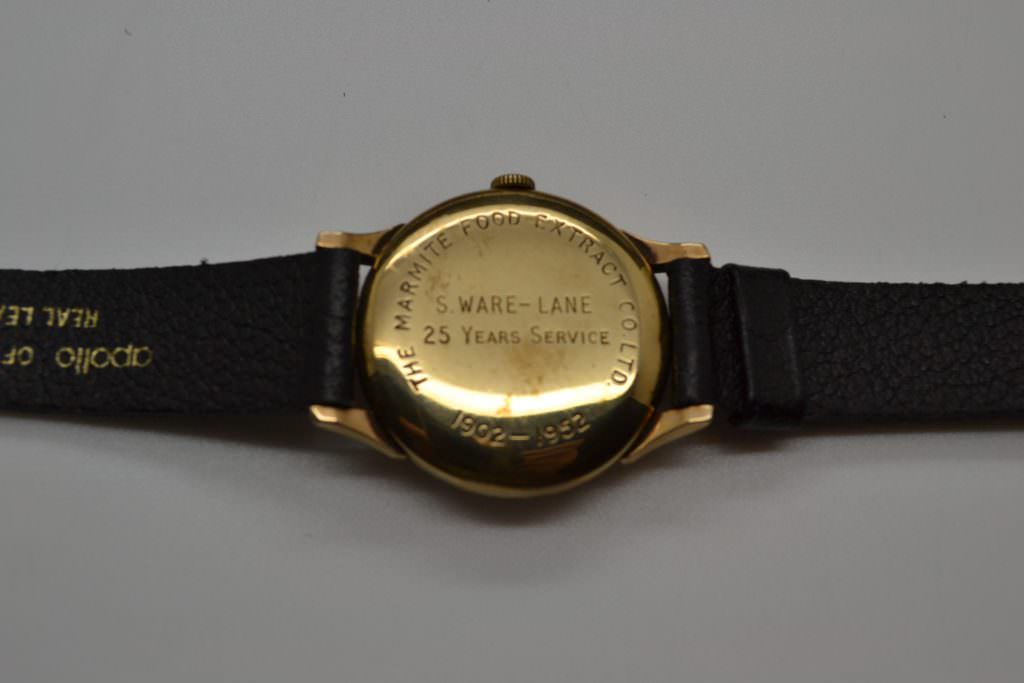 This 9ct Gold watch was presented to Mr S. Ware-Lane in 1952 on the Golden Anniversary (50 years) of the Marmite company, presented for 25 years of service to the company. It still works wonderfully

I don’t know anything about the man it was awarded to, but it’s likely to have been a retirement watch as was commonplace among businesses during this time.  I’m also not sure whether the gentleman worked in Burton-on-Trent or in London.  If anyone knows this person, it would be great if there was a photo of him that I could have for this website.

Smiths watches were renowned for being chosen as presentation watches for British companies, this includes Marmite, British Rail & British Leyland among many others.